This month, we shared some festive content on our social media relating to our three themes: Additive Manufacturing, Chemicals & Hydrogen, and Surfaces & Coatings! We have decided to share them here, so you can discover the science behind Christmas in one place. 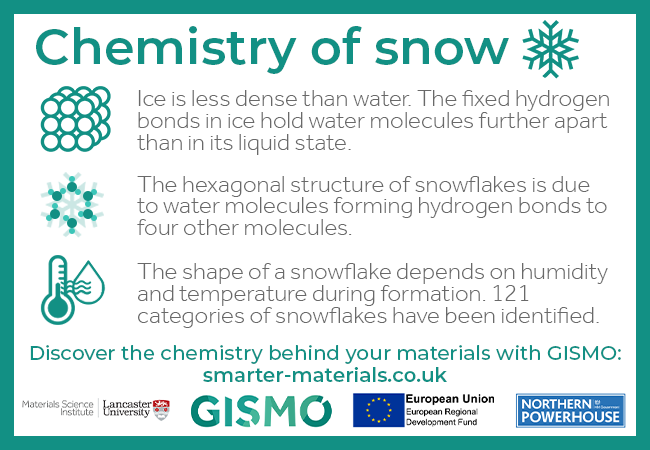 Day 3: History of the bauble 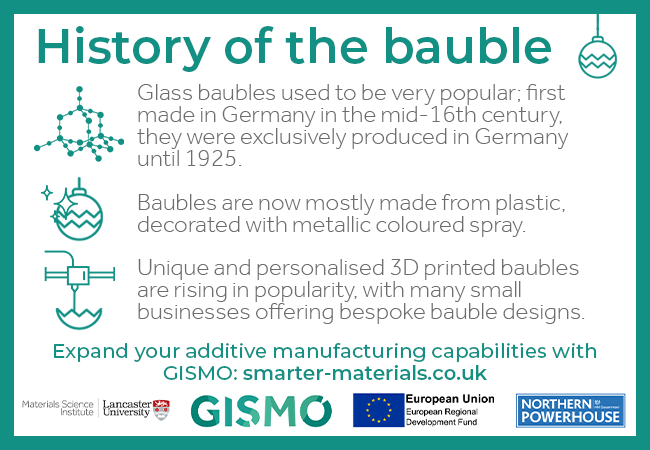 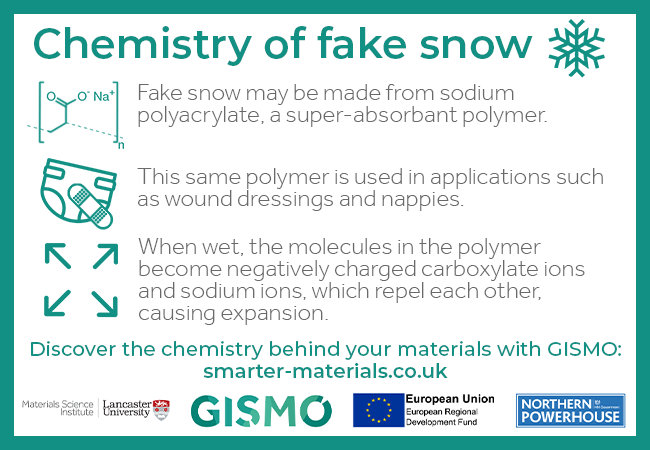 Optical fibres are very thin strands of glass or plastic. Light is able to travel through, even when the fibre is bent, due to total internal reflection. Optical fibres can also be used in communications and sensors. 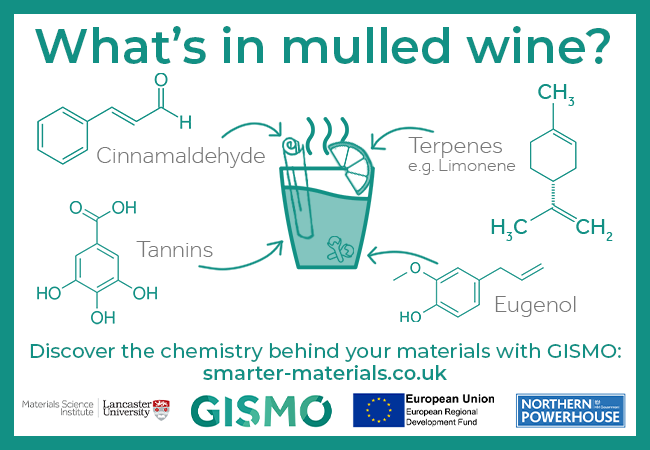 What’s in mulled wine? A few of the ingredients include cinnamaldehyde, terpenes such as limonene, tannins, and eugenol. 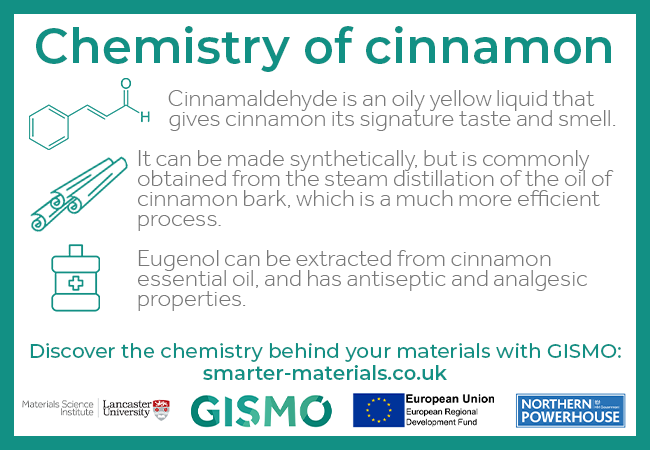 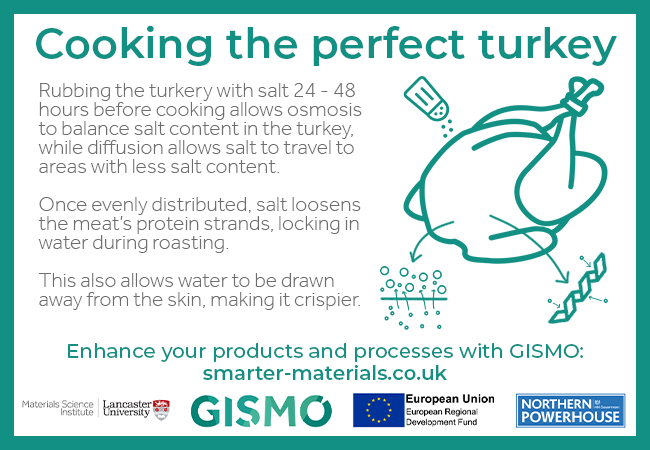 Rubbing the turkey with salt 24 – 48 hours before cooking allows osmosis to balance the salt content in the turkey, while diffusion allows salt to travel to areas with less salt content.

This also allows water to be drawn away from the skin, making it crispier.

As well as osmosis and diffusion, the Maillard reaction gives turkey its distinctive flavour. 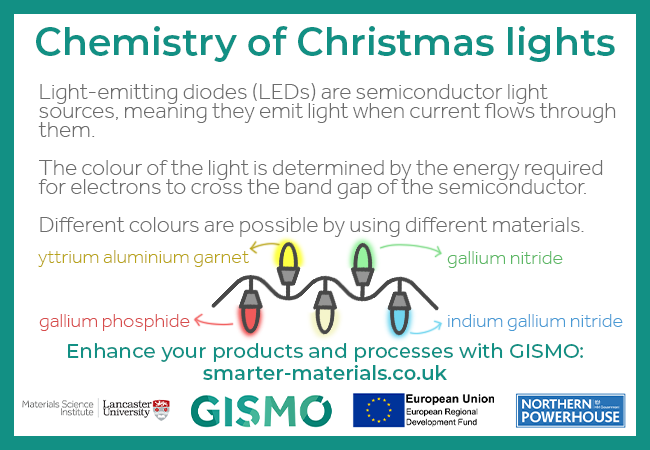 Light-emitting diodes (LEDs) are semiconductor light sources, meaning they emit light when current flows through them.

The colour of the light is determined by the energy required for electrons to cross the band gap of the semiconductor.

White LEDs use blue LEDs with phosphor coatings, which yellow light through fluorescence. The combination of yellow and blue light appears white to the eye. 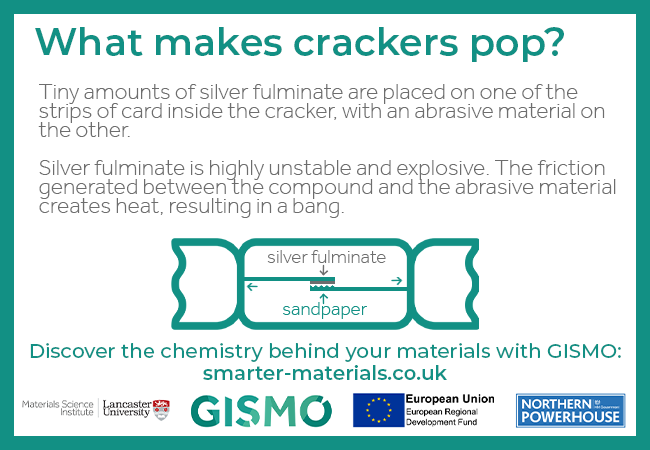 Tiny amounts of silver fulminate are placed on one of the strips of card inside the cracker, with an abrasive material on the other.

Silver fulminate is highly unstable and explosive. The friction generated between the compound and the abrasive material creates heat, resulting in a bang.

Silver fulminate is the highly explosive silver salt of fulminic acid. It is used in very small quantities in novelty explosives such as crackers, but in too large a quantity it can self-detonate under its own weight 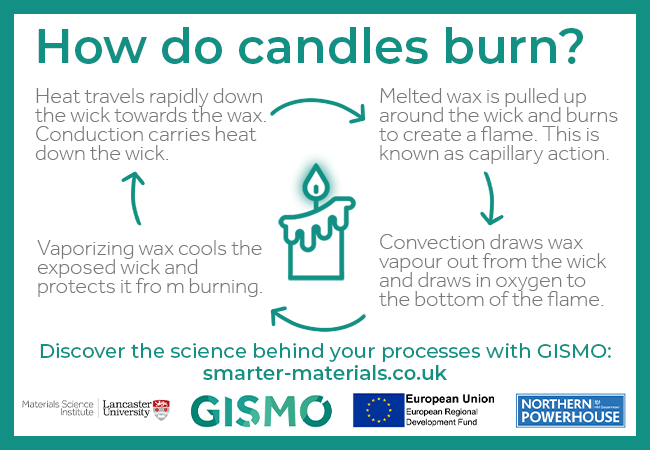 GISMO is part funded by the European Regional Development Fund.

Lancaster University is a proud member of: